If you are planning a trip to Italy this year…

….make sure you ask about the ferry companies working in the Gulf of Naples and don’t give your business to the company who refused to look for a puppy who fell overboard in freezing waters.

In late October Noodles, a Labrador puppy, was being taken to his new home with his owner on board a ferry in the Gulf of Naples.  Noodles slipped his leash and fell overboard.  The employees aboard the ferry refused to stop and look for the puppy explaining that he would be dead…

…and then along came a yacht from the RYCC Savoia Yacht Club.  And little Noodles paddled his heart out to get to them and was saved. 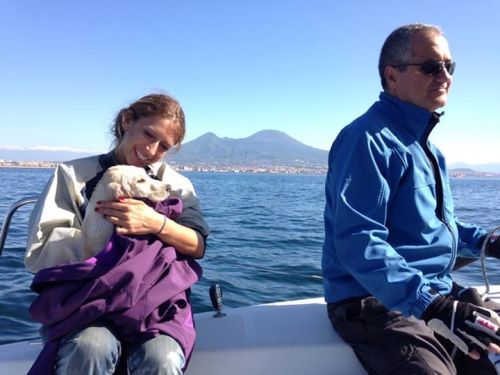 Noodles was reunited with his owners and has had his 5 minutes of fame.

I haven’t been able to find a reference to the ferry company by name, but certainly dog lovers should give their business elsewhere – to companies who would stop for a little lost puppy.