The Scottish Government is currently consulting on the wording of guidance about the use of electronic shock and bark collars; and the move is being applauded by animal welfare advocates including members of The Pet Professional Guild.

I’m horrified that these devices are so readily available in New Zealand; the use of aversives in dog training is a dangerous practice because not only do these devices cause pain, but they suppress behaviours instead of dealing with the underlying causes of them.  This is a recipe for disaster and totally unnecessary if you use positive training techniques on a consistent basis. 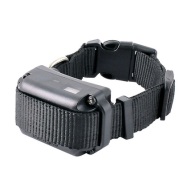 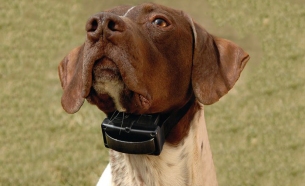 The guidance is motivated by concerns of the misuse of electronic training collars (e-collars) and will be issued in accordance with Section 38 of the Animal Health and Welfare (Scotland) Act 2006.

The Government page on the consultation states, “We will issue guidance, under that Act, to make it clear that training which includes unpleasant stimuli or physical punishment can cause pain, suffering and distress and that any such pain, suffering and distress caused by an inappropriate training method, including electronic collars, may constitute the offence of causing unnecessary suffering under that Act.

The proposed draft wording is:

“Training which includes unpleasant stimuli or physical punishment can cause pain, suffering and distress.

These techniques can compromise dog welfare, lead to aggressive responses and worsen the problems that they aim to address. Particular methods to avoid include: physical punishment, including the use of electronic collars to administer an electric shock; anti-bark collars, which may mask or aggravate underlying behavioural or health issues; and any device that squirts noxious oils or other chemicals that interfere with your dog’s acute sense of smell.

Causing unnecessary suffering is an offence under the Animal Health and Welfare (Scotland) Act 2006. This includes suffering caused by inappropriate training methods.”

We would welcome comments on this proposed guidance, particularly from those responsible for enforcing the Animal Health and Welfare (Scotland) Act 2006 who may be asked to consider whether or not such methods have been used in a manner that contravenes the Act and compromises animal welfare.