Scientists have sequenced the genome of the world’s oldest continuously surviving cancer, a transmissible genital cancer that affects dogs. 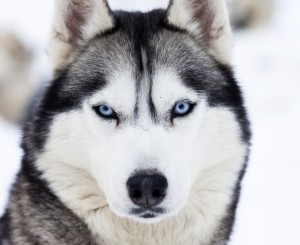 The cancer, which causes grotesque genital tumours in dogs around the world, first arose in a single dog that lived about 11,000 years ago. The cancer survived after the death of this dog by the transfer of its cancer cells to other dogs during mating.

Analysis of the genetic variants in the genome revealed that the dog may have resembled an Alaskan Malamute or Husky. It probably had a short, straight coat that was coloured either grey/brown or black. Its genetic sequence could not determine if this dog was a male or a female, but did indicate that it was a relatively inbred individual.

The genome has over 2 million mutations; the research team used one type of mutation, known to accumulate steadily over time, as a ‘molecular clock.’  This led to the estimate that the cancer first arose 11,000 years ago.

“The genome of this remarkable long-lived cancer has demonstrated that, given the right conditions, cancers can continue to survive for more than 10,000 years despite the accumulation of millions of mutations”, says Dr Elizabeth Murchison, first author from the Wellcome Trust Sanger Institute and the University of Cambridge.