New hope for diagnosis of Chiari-malformation in toy dog breeds

Continuing to build on their specialist work in this area, researchers in collaboration with neurologists at Fitzpatrick Referrals and Helsinki University and a geneticist at the University of Montreal, have developed two separate studies, published the journal PLOS ONE last month, to learn more about these painful conditions affecting toy dogs.

Study one focused on how the Chiari malformation and Syringomyelia disorder affects the Cavalier King Charles Spaniel, a breed which is predisposed to the condition. 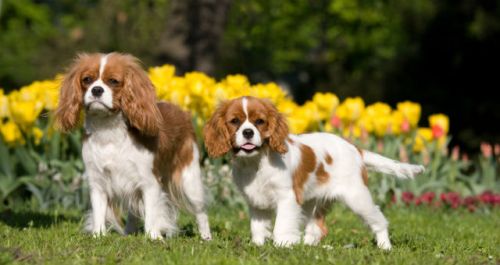 Chiari malformation is the premature fusion of bones in the skull, which alters the flow of cerebrospinal fluid, resulting in a collection of fluid pockets within the spinal cord. These fluid pockets are commonly known as Syringomyelia and over time can cause irreversible damage to a dog’s spinal cord.

Using a novel MRI mapping technique, which can standardise images for different size dogs, researchers were able to examine a section of the dog’s skull, brain and vertebrae in greater detail and highlight via a movie clip how such disorders develop in the Cavalier King Charles Spaniel.

Examining the footage from the MRI movie clip, researchers were able to observe the compression of a dog’s brain caused by the premature fusion of bones in the skull. Such fusions also occur at the front of the head causing a dog’s face to become flatter, creating the often desirable doll like features common in this breed.

Dr Clare Rusbridge, from the University of Surrey, said: “Toy dogs are increasingly popular and as such demand for these breeds is unprecedented. Due to selection for rounded head shapes with short muzzles we are seeing more and more dogs with the painful Chiari malformation and Syringomyelia disorder.”

“The innovative mapping technique used in this study has the potential to provide a diagnostic tool for vets, helping them to quickly identify dogs suffering from these painful disorders.”

My other posts on toy breeds and the Chiari malformation include:

The results from the study showed it is possible to breed a dog which had the external features of a short-nosed Brussels Griffon and reduce the risk of Chiari malformation, a debilitating condition found in toy dogs and affecting 1 in 1,280 humans.  The disease is characterised by premature fusion of skull bones forcing parts of the brain to push through the opening in the back of the skull causing fluid filled cavities to develop in the spinal cord. Chiari malformation causes headaches, problems with walking or even paralysis and has become prevalent in some toy breed dogs as a result of selective breeding.

The breeder, Henny van der Berg proposed the project idea after an accidental mating between two of her dogs.  The four-year study analysed five traits on magnetic resonance images (MRI) scans and how they changed generation by generation in the family of 29 dogs.  Using a careful selection of head shape and MRI scans over two generations, the findings revealed it was possible to breed a dog which had the external features of a Brussels Griffon, but is less susceptible to Chiari malformation.

“This is a true collaboration with breeders and researchers working together and using their expertise to improve the health of dogs,” said Dr Clare Rusbridge from the University of Surrey.

“Our study investigated how the characteristics of this disease is inherited in the family.  Such knowledge could help in tackling this debilitating disease in toy dog breeds.  We hope our research will help develop more sophisticated ways of screening and improve breeding guidelines by creating robust breeding values.”

My other posts about Chiari malformation include:

Your dog may have a permanent headache

Through selective breeding, toy breeds including the Griffon Bruxellois, Cavalier King Charles Spaniels, Chihuahuas and their crosses may have to live with a permanent headache and other maladies.

Research published in the journal PloS One by researchers at the University of Surrey has identified the specific effect Chiari malformation has on the shape of a dog’s skull and brain.

Researchers took brain, skull and vertebrae measurements of 155 Griffon Bruxellois and compared dogs affected by the condition, with normal Griffons. They discovered that Griffons with the disease had taller foreheads and that it had also caused the shape of the brain to change, with severely affected animals having their cerebellum pushed underneath the main part of the brain.

The taller forehead makes some toy breeds look like a doll, making them more attractive to people looking to purchase a dog.

Although it can be asymptomatic, in many dogs Chiari malformation can cause headaches, problems with walking or even paralysis.

Lead author, Dr Clare Rusbridge says: “Chiari malformation can be described as trying to fit a big foot into a small shoe. It can be very painful, causing headaches and pressure on the brain and can result in fluid filled cavities in the spinal cord. Our latest discoveries will be significant in driving this research forward and hopefully allow us to identify which genes may be associated with the condition. Our next steps will be to apply our technique to other breeds with Chiari malformation and investigate more sophisticated ways of screening, so that risk of disease can be detected more easily, at an earlier age and with a single MRI scan.”

The research team wants to work with responsible breeders to use scanning technology so they can remove the condition from the breeding population.