According to new research it could be difficult to improve the health of the English bulldog, one of the world’s unhealthiest dog breeds, from within its existing gene pool. The findings will be published in the open access journal Canine Genetics and Epidemiology.

The English bulldog’s limited genetic diversity could minimize the ability of breeders to recreate healthy phenotypes from the existing genetic stock, which were created by human-directed selection for specific desired physical traits. 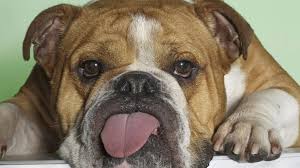 Many large regions of the bulldog’s genome have been altered to attain the extreme changes in its outward appearance. This includes significant loss of genetic diversity in the region of the genome that contains many of the genes that regulate normal immune responses. Despite this, the English bulldog is one of the most popular dog breeds, particularly in the US, where the bulldog was the fourth most popular pure breed in 2015.

Lead author, Niels Pedersen from Center for Companion Animal Health, University of California, US, said: “The English bulldog has reached the point where popularity can no longer excuse the health problems that the average bulldog endures in its often brief lifetime. More people seemed to be enamoured with its appearance than concerned about its health. Improving health through genetic manipulations presumes that enough diversity still exists to improve the breed from within, and if not, to add diversity by outcrossing to other breeds. We found that little genetic ‘wiggle room’ still exists in the breed to make additional genetic changes.”

Pedersen adds: “These changes have occurred over hundreds of years but have become particularly rapid over the last few decades. Breeders are managing the little diversity that still exists in the best possible manner, but there are still many individuals sired from highly inbred parents. Unfortunately eliminating all the mutations may not solve the problem as this would further reduce genetic diversity. We would also question whether further modifications, such as rapidly introducing new rare coat colors, making the body smaller and more compact and adding more wrinkles in the coat, could improve the bulldog’s already fragile genetic diversity.”

This is the first broad-based assessment of genetic diversity in the English bulldog using DNA analysis rather than pedigrees. DNA analysis is needed to measure, monitor and maintain genetic diversity. This has been done in several other breeds including Standard and Miniature Poodles, American Golden Retrievers, and American and European Italian Greyhound.

The researchers sought to identify whether there is enough genetic diversity still existing within the breed to undertake significant improvements from within the existing gene pool. The researchers examined 102 English bulldogs, 87 dogs from the US and 15 dogs from other countries. These were genetically compared with an additional 37 English bulldogs presented to the US Davis Veterinary Clinical Services for health problems, to determine that the genetic problems of the English bulldogs were not the fault of commercial breeders or puppy mills.

Many Swiss breeders have started to outcross the breed with the Olde English Bulldogge (an American breed) to create the Continental Bulldog, hoping to improve the breed’s health. Although outcrossing the English bulldog could improve its health, many breeders feel that any deviations from the original standard will no longer be an English bulldog.

The breed started from a relatively small genetic base with a founder population of 68 individuals after 1835 and has undergone a number of human created artificial bottlenecks (drastic reductions in population size). These could also have greatly diminished genetic diversity.

3 responses to “Scientists warn about health of English Bulldog”