New data from Dognition shows that female dogs tend to be more flexible navigators than males. This is the opposite of trends in humans, and gives us important insight into how dogs see the world.

In the navigation game, part of the monthly Dognition subscription, owners hid food inside two bowls, and taught their dog that the treat was always on one side, for example always on the left. Then the owner brought their dog around to the opposite side and recorded which bowl their dog chose. 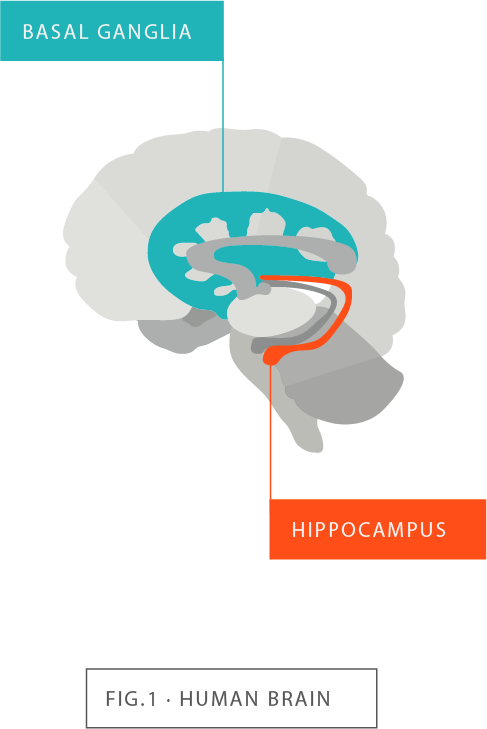 Female dogs were more likely to use an allocentric, or a landmark based strategy. They used objects in the room to figure out which bowl to choose. For instance, in the beginning, perhaps the bowl with the treats was near a door, or a lamp. When the females were brought around to the opposite side, they still looked for those landmarks, which means no matter which way they were oriented, they would always go back to the bowl they learned was ‘correct’ in the beginning.

In people, this is called forming a mental map, or using a ‘bird’s eye’ view. Using allocentric navigation means the dogs were mostly relying on their hippocampus, a part of the brain that mediates spatial awareness and memory. This strategy is particularly effective in large and unfamiliar environments, and is the more flexible of the two strategies. Not surprisingly, humans who rely on environmental navigation are good at reading maps.

Male dogs were more likely to be egocentric navigators. They learned the association by thinking ‘the treat is on my right’. When owners brought the dogs around to the opposite side, these dogs chose the bowl on their right, which was the opposite bowl that they had chosen before. By using this strategy, the dogs were mostly relying on their basal ganglia, a part of the brain that mediates motor skills.

Before there were maps or navigational instruments, Pacific islanders used egocentric navigation for long sea voyages. They used the position of the stars in relation to themselves, (e.g. to get to this island, the Milky Way should be on my right). People who rely on egocentric navigation tend to make good cinematographers – they have a special talent for allowing others to see the world as they do.