More than 140 years ago, Charles Darwin noticed something peculiar about domesticated mammals. Compared to their wild ancestors, domestic species are more tame, and they also tend to display a suite of other characteristic features, including floppier ears, patches of white fur, and more juvenile faces with smaller jaws. Since Darwin’s observations, the explanation for this pattern has proved elusive, but now, in a Perspectives article published in the journal GENETICS, a new hypothesis has been proposed that could explain why breeding for tameness causes changes in such diverse traits. 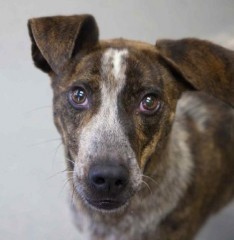 The underlying link between these features could be the group of embryonic stem cells called the neural crest, suggests the research team.

“Because Darwin made his observations just as the science of genetics was beginning, the domestication syndrome is one of the oldest problems in the field. So it was tremendously exciting when we realized that the neural crest hypothesis neatly ties together this hodge-podge of traits,” says Adam Wilkins, from the Humboldt University of Berlin – one of the study’s authors.

Neural crest cells are formed near the developing spinal cord of early vertebrate embryos. As the embryo matures, the cells migrate to different parts of the body and give rise to many tissue types. These tissues include pigment cells and parts of the skull, jaws, teeth, and ears—as well as the adrenal glands, which are the center of the “fight-or-flight” response. Neural crest cells also indirectly affect brain development.

In the hypothesis proposed by Wilkins and co-authors Richard Wrangham of Harvard University and Tecumseh Fitch of the University of Vienna, domesticated mammals may show impaired development or migration of neural crest cells compared to their wild ancestors.

“When humans bred these animals for tameness, they may have inadvertently selected those with mild neural crest deficits, resulting in smaller or slow-maturing adrenal glands,” Wilkins says. “So, these animals were less fearful.”

The authors also suggest that the reduced forebrain size of most domestic mammals could be an indirect effect of neural crest changes, because a chemical signal sent by these cells is critical for proper brain development.

The hypothesis will require testing, which will be able to be done once genetic mapping of domesticated species like the dog, fox and rat are completed.