Inhibitory control may be an indicator of a dog’s ability to solve a problem, according to a study published February 10, 2016 in the open-access journal PLOS ONE.

Playing with objects may help dogs learn about their environment, similar to how it helps human infants. Scientists think dogs’ inhibitory control, or the ability to inhibit or regulate attentional or emotional responses, may play a role in their individual differences in physical problem-solving task performance. 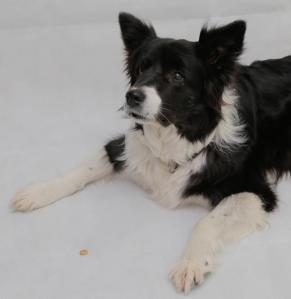 The authors of this study investigated the effects of pet dogs’ experiences interacting with the physical environment and their individual differences in inhibitory control on their physical problem-solving ability. A cohort of ~40 pet Border Collie dogs were assigned to three different conditions, and tested in an intensive series of inhibitory control tasks, such as wait-for-treat, and cognitive measures, such as size constancy over a period of 18 months.

The authors found that differences in previous object-related experiences do not explain variability in performance in problem solving tasks. Depending on the cognitive task, inhibitory control had a positive or a negative effect on performance and turned out to be the best predictors of individual performance in the different tasks.

Journal article may be found here.