It has been two years since my beloved Daisy passed away. So it seemed fitting that on a visit to Vermont this week, my mother and sister stopped at the chapel on Dog Mountain to make a donation in her memory.

Here are their photos: 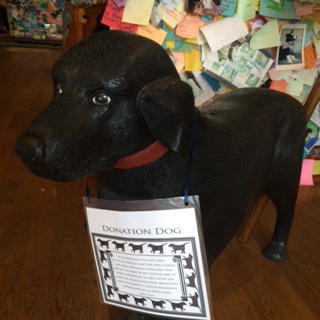 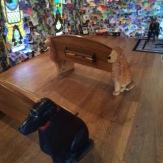 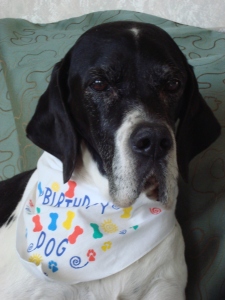 Mitra Farmand is a comic book artist.  When she was studying at the Center for Cartoon Studies in White River Junction, Vermont, she was given an assignment.

“We had to draw a cartoon from a dream and I was dreaming about my dog a lot because she had just died.”

She called the book Dog (the original title was Gone – but she didn’t want to give away the ending).

I contacted Mitra through her website to see if she would allow me to publish some of the sketches from Dog.  She was very gracious and sent me a number – only some of which I will use here – because I’d like you to support this artist and buy her book (and other drawings). 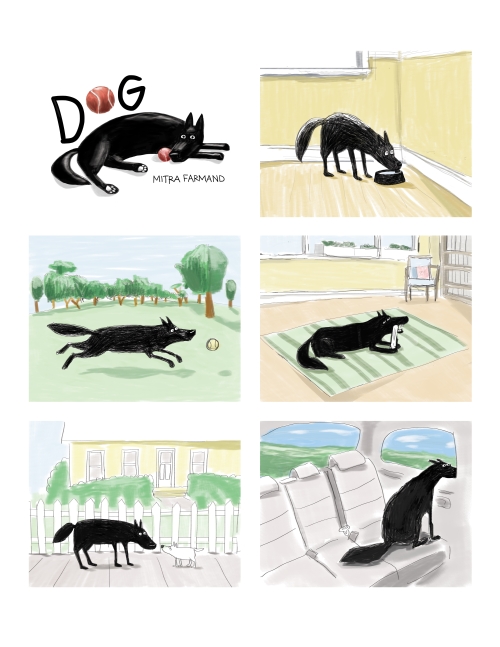 Dog, a small book of only 20 pages, would make a great gift this Christmas for any dog lover.  And it covers, with sensitivity and heart, the feeling of those days after you’ve lost a loved dog. 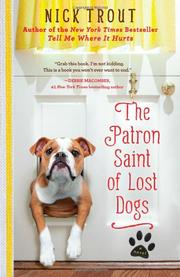 In this first novel by Dr Nick Trout, the main character – Dr Cyrus Mills – returns to his hometown to run the veterinary practice of his late father.  Already in financial difficulties himself, Cyrus finds the the practice is also in dire straights and the local banker has given him a week to come up with a good faith payment on debt.

On his first day in the practice, he meets a Golden Retriever named Frieda whose owner wants her to be put down because she is having accidents in the house.  Frieda becomes something of a stowaway in Cyrus’ apartment as “Missing Dog” posters start appearing around the town featuring Frieda, whose full name is Frieda Fuzzypaws.

Then there are the other characters that make up the story.  The x-ray of a Persian cat with digestive problems reveals that the owner’s fiancee isn’t as doting and devoted as he seems.  An elderly female dog named Clint (one in a long line) tests Cyrus’ ability to work with emotional owners and brings him closer to his own love interest, a local waitress.

Clearly Dr Trout has used his own veterinary background to make this story realistic and, hailing from New England himself, he’s used a small Vermont town in winter as the setting for the story.

I enjoyed this novel.  I wouldn’t say I loved it – but it’s a good one for taking on vacation with you to the beach.

And you have to find out what happens to Frieda Fuzzypaws!

I’ve also reviewed Tell Me Where It Hurts by Dr Trout.  Read my review here.

Stephen Huneck was the founder of Dog Mountain in St Johnsbury, Vermont.  An artist and sculptor who suffered from ill health, he wanted people and dogs to have the most fun they possibly could and enjoy their time together.   He cleared hiking trails and made ponds for dogs to swim in.   In the winter, he encouraged people to come and  snowshoe with their dogs.

He also established a chapel in the year 2000 where people could pay respects to their dogs who had passed or come and reflect in the company of their dog.  Stephen believed in the healing powers of dogs, nature, art and love and wanted to use his Vermont property in support of those values.

The walls of the chapel are covered with photos, poems and recollections of dogs who have crossed The Rainbow Bridge. 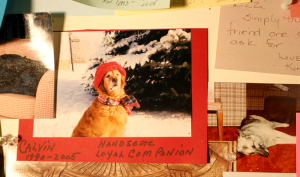 On Dog Mountain, there are also special parties like Dog Fest where dogs and people come together.  At these events, owners are encouraged to let their dogs off lead to play and act like ‘real dogs.’  These events also help to raise funds to keep Dog Mountain operating.

It’s a very special place and worthy of a visit when you travel to northern Vermont.

Postscript:  Sadly, Mr Huneck is no longer with us. After a life long battle with depression, he committed suicide on the 1st of July 2010.  His widow has pledged to keep Dog Mountain in business and devotes her time and efforts to this cause.