Did you know that the American Kennel Club has published a list of the best dogs for apartment living?

With cities growing and land prices escalating, most metropolitan areas around the globe are looking to establish neighborhoods characterized by apartments rather than single-family homes.  This move can create challenges for people wanting to ensure that dogs remain part of their lives.

Years ago for example, in New  Zealand, the main telecommunications company here used a Jack Russell Terrier named Spot in its commercials.  The breeding and demand for these dogs soared.  People thought that the dog, being small, would be good for the suburbs (let alone, apartments).  But terriers need wide-open spaces and are bred for hunting down prey like rabbits and ferrets.  The result:  lots of ill-behaved dogs and owners who were out of their depth.

I would say that this list is a starting point, many mixed-breed dogs can acclimate to apartment living with the right routine and devotion.  And small dog breeds need to be managed carefully around stairs – because a lifetime of walking up and down stairs puts a lot of strain on the back and shoulders….

The best dog breeds for apartment living are: 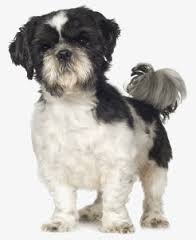 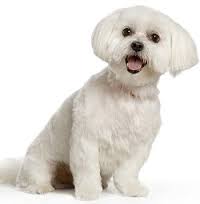 The impact of movies on dog breed popularity

The effect of movies featuring dogs on the popularity of dog breeds can last up to ten years and is correlated with the general success of the movies, according to new research from the University of Bristol, the City University of New York, and Western Carolina University.

The researchers used data from the American Kennel Club, which maintains the world’s largest dog registry totaling over 65 million dogs, and analysed a total of 87 movies featuring dogs. They found that the release of movies is often associated to an increase in popularity of featured breeds over periods of one, two, five, and ten years.

The influence of movies was strongest in the early twentieth century and has declined since.

Additionally, they found that these trend changes correlated significantly with the number of viewers during the movie’s opening weekend, considered as a proxy of the movie’s reach among the general public.

This suggests that viewing a movie may cause a long-lasting preference for a breed that can be expressed years later, when the time comes to buy a new dog.

The 1943 hit Lassie Come Home is associated, in the following two years, with a 40 per cent increase of Collie registrations in the American Kennel Club.

An even more dramatic example is the 100-fold increase in Old English Sheepdog registrations following the 1959 Disney movie The Shaggy Dog. 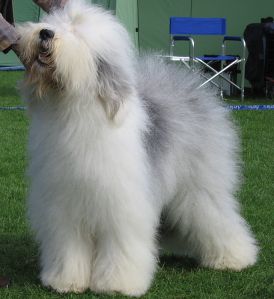 Professor Stefano Ghirlanda, lead author of the study said: “We focused on changes in trend popularity rather than on popularity itself to avoid attributing to movies trends that were already ongoing before movie release, as up-trending breeds may have been chosen more often for movies.”

Earlier movies are associated with generally larger trend changes than later movies. This might be due to an increased competition with other media, such as television, and more recently, the internet, but also to an increased competition among movies. Movies featuring dogs were released at a rate of less than one per year until about 1940 but a rate of more than seven per year by 2005.

Dr Alberto Acerbi, a Newton Fellow in the Department of Archaeology and Anthropology at the University of Bristol and co-author of the paper said: “If people buy en masse dogs because they appear in movies the consequences can be negative for the dogs themselves. Our previous study found that the most popular breeds had the greatest number of inherited disorders.

“It’s not surprising that we tend to follow social cues and fashions, as this is a quite effective strategy in many situations. However, in particular cases the outcomes can be negative. When choosing a new pet, we may want to act differently.”

Gastric dilatation-volvulus (GDV), or bloat, is one of the leading causes of death in dogs.  Second only to cancer in some breeds, it’s the number one killer of Great Danes. Despite its prevalence, the cause of bloat is unknown.

The American Kennel Club Canine Health Foundation has given a research grant to Laura Nelson, assistant professor at Michigan State University College of Veterinary Medicine to change that.

When a dog gets bloat, gas fills the dog’s stomach, the stomach twists completely around, the gas has no way to escape, and blood and air supply to the stomach are cut off. As the stomach swells, it presses against the abdominal wall and pushes against large blood vessels. Shock is usually the cause of death. The whole progression can happen in a matter of minutes or hours, and surgery is required to save the dog’s life.

It’s generally believed that genetics as well as environmental factors play a role in which dog develops bloat.  “We want to know why some dogs get bloat while others don’t,” says Nelson.

Nelson’s team is investigating the relationship of contractions responsible for the digestion of food (motility) with increased GDV risk, and hopes to define the biochemical and genetic alterations that may be associated with hypomotility—abnormally weak contractions. A new diagnostic tool, SmartPill®, makes possible noninvasive assessment of motility. The SmartPill® is an ingestible capsule with an instrument inside that measures acidity and pressure. The team will measure the time it takes the capsule to pass through the dog’s system and the pressure spikes along the way.

In the short term, the research findings may provide clinicians with data that would allow them to make informed decisions about when to use preventative medications or conduct targeted prophylactic surgery—gastropexy—in at-risk dogs. This procedure surgically attaches the stomach to the abdominal wall in order to prevent twisting. It is an effective procedure that is well tolerated, but, Nelson notes, it is an invasive procedure that may not be necessary in some dogs. There currently is not a good way to determine who to recommend it for.

“With bloat, it happens and you treat it. But it would be so much more satisfying if we really understood why some dogs get bloat, and then be able to make more informed treatment decisions and possibly prevent the disease altogether,” says Nelson.

Since I have Beagles in my massage practice, I thought it would be useful to profile this medium-sized breed. 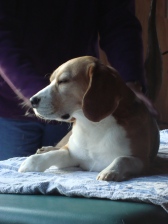 Beagles regularly feature on the most popular breed list in the United States.    Using American Kennel Club registrations from 2011, the Beagle is the third most popular dog.

The Beagle originated in the United Kingdom where they were used as hunting dogs for rabbits and other prey animals because of their keen sense of smell and ability to track.  As a pet, owners have to watch their Beagle because he/she will easily follow its nose to track interesting smells – potentially wandering far from home.

Beagles are classified as being tri-colour (black, white and tan) or lemon (yellow) and sometimes even red or white.  An average life span is 15 years.

This breed is prone to hip dysplasia, intervertebral disc disease, and allergies.  Some develop seizure disorders and hypothyroidism.  Regular ear cleaning is recommended because their long, floppy ears (which are very appealing) help to create an ideal environment to hold moisture and bacteria in the ear canal.

The Beagle is a hound and can be extremely vocal, so good training is needed.  Beagles are also known for their appetites and so to keep the weight off, a balanced and healthy diet is needed with careful attention paid to how much the dog is eating during the day (treats, ‘finds’ on walks, etc.)  Plenty of exercise is also needed.

Owners of Beagles tell me that since they were bred as pack dogs (for hunting), they don’t do well as a solo dog in a household.  They need companionship and can become depressed if left alone for long periods of time.  (This depression can lead to problem barking problems, too.)

Beagles are often spotted at airports, cruise ship terminals and postal depots because they are widely used as agriculture and drug detector dogs.  That’s because they can be trained to put their keen noses to good use!  I even came across this YouTube clip from the television show The Doctors where Beagles and Dachshunds are being used as detector dogs for bed bug infestations:

Sadly, because of their size and temperament, they are often used in laboratories for animal testing.  In November 2011, I covered a story about 40 laboratory Beagles who had been rescued.

Perhaps the most famous Beagle is Snoopy (the cartoon by Charles Schulz).  Snoopy was obviously a white Beagle.

If you are looking for a lively pet with minimal grooming requirements and generally a good temperament, then the Beagle may be right for you!

Six breeds have been added to the list recognised by the American Kennel Club and are now eligible to compete in conformation shows like next week’s Westminster Kennel Club show.  They are:

The American English Coonhound evolved from Virginia Hounds, themselves descendents  of English Foxhounds.

The Cesky Terrier originated in the Czech Republic.  It is well-muscled, short legged terrier developed to be worked in packs.

The Entlebucher Mountain Dog is a herding dog native to Switzerland.

The Finnish Lapphund, a reindeer herding breed from Scandinavia.  This breed is thought to have existed for hundreds of years and is known for its strong devotion to family. 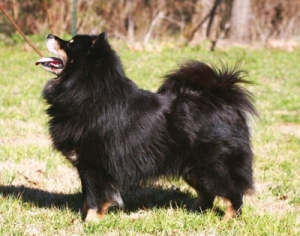 The Norwegian Lundehund is a Spitz-type dog that has at least six toes and was used for hunting puffins (birds) that were a meat and feather crop in Norway (before the birds were protected).

The Xoloitzcuintli  (pronounced show-low-eats-queen-tlee) but usually abbreviated to the “Show Low,” is an ancient breed from Mexico.   It comes in three sizes (toy, miniature and standard) and two varieties (hairless and coated).  This breed is known for their intelligence.

The American Kennel Club has marked the importance of working dogs by naming the top 5 detection jobs which are performed by dogs.  These jobs are:

Wouldn’t it be nice to see more of these working dogs in use in New Zealand?  (See my previous article on Deak Helton’s research – September 2011)

A dog’s resolutions for the New Year

It is New Year’s Eve and time to make those resolutions for 2011.

Here’s what many dogs are thinking:

2.  Stop begging and actually get a seat at the dinner table.

3.  Give up the dream of ever catching my tail.

5.  Get back at the cat for litter box incident.

6.  Find every bone I ever buried.

8.  Become alpha dog in my house. Well, at least stop letting the cat push me around.

9.  Invent goggles that allow me to see the electric fence.